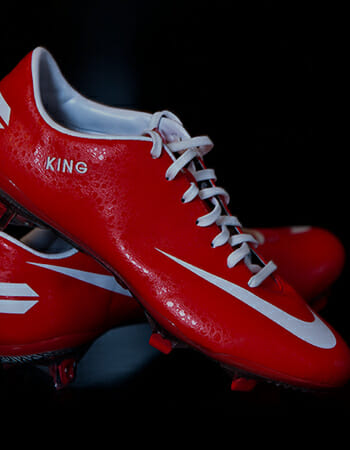 Customization: Does It Really Fit?

Finally Nike has done what many observers expected the company to do last year. Nike Retail Services, Inc. introduced Nike iD, an interactive site that allows visitors, professional athletes and everyday consumers to design and order customized shoes. And, almost at the same time that Nike offered this new service, Levi’s deleted its customized service from the Levi’s site. The reason? The service wasn’t getting the results Levi’s had expected.

So who is on the right track? Nike or Levi’s?

Nike introduced Nike iD late, right in the middle of the customization trend. Levi’s, on the other hand, was one of the trend’s pioneers. Was Levi’s too quick? Were they too far ahead of the trend to reap the desired results from it? Or is customization on the Internet not suited to jeans retailing? These questions are tough to answer. Let’s take a look at the whole picture before focusing on customization via the Internet.

The presence of true customization on the Net removes the major enticement for consumers to visit stores. Why should I visit a Levi’s store to buy customized jeans? I won’t be able to take my new pants with me when I leave the store anyway. And I won’t be able to actually see them. I’ll probably even have to pay up-front for them, just as I would if I were buying from the web site. The added value of visiting the store is, therefore, nil. Thus it would seem that cutting the customization service from the Internet might support Levi’s stores. However, deleting the customization service might also discourage users from visiting the Internet site. Why should I visit the Internet site now and why should Levi’s be interested in my visiting the site at all?

In many ways, Nike is faced with the same set of possibilities and questions. What would motivate the consumer to visit Nike iD for customized shoes? There’s no apparent motivation at all: the Nike Town stores offer well-branded expertise. Given this fact, Levi’s conclusion would be not to go online with a customization service.

Yet Nike has chosen to introduce Net-based customization. Is Nike behind the times, is it charging recklessly ahead on the path that Levi’s wisely abandoned? Or is Nike going to reap the benefits of a perfectly timed e-tail service introduction? And what of Levi’s decision? Did they jump the customization ship too soon? Levi’s might very well have been wise to remove their customization service from the Internet, though it seems a strange decision to have taken when the customization boat had set sail and, finally, become serious business on the Net. What we don’t know is how many millions the customization exercise cost Levi’s to maintain on a yearly basis, and what added brand and loyalty value was earned in return for the investment.

Conversely, the Nike introduction seems almost too late. Most people would have expected Nike iD to have appeared a year or more ago. But Nike might very well have timed the initiative just right. By now, all the e-tailing hype has subsided and transformed itself into serious e-commerce – with revenue returns instead of immeasurable public relations results.

Only time will tell which of the two players’ strategies was most effective. Ironically, time may prove Levi’s to be the winner. I say “ironically” because Levi’s was one of the first e-tailers to take the customization chance. Levi’s led the pack and, in so doing, captured early knowledge about online customization. But at a very high price. The learning experience has, for many site owners, been the real reason for going online, which they often did knowing that the market was not yet there. Such experimentalists deserve admiration for their patience and pursuit of Internet marketing knowledge. Hopefully the Levi’s example won’t discourage such pioneering or lead potential players to the conclusion that learning from experience doesn.t pay off.