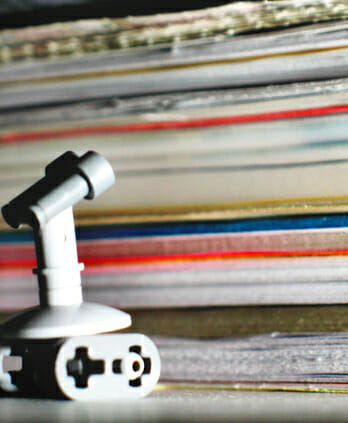 Facebook’s 880 Pages About You!

The social network is watching your every move, and your friends. And while it isn’t as nefarious as Big Brother, do we really want our profiles to become another marketing space?

Imagine arriving home to find a package on your doorstep. Is it a surprise gift? Chocolates or something similar? Instead, you find a wad of documents, covered in single-spaced small type. As the thrill of surprise rapidly disappears, you realize that these pages are all about you. More particularly, all about your life as it exists on Facebook. Every friend you’ve made–and every friend you’ve deleted–is there. So is every event you’ve been invited to and invitations you’ve accepted. There are the log-in details of the many locations where you’ve accessed your Facebook account, as well as a list of who you’ve “poked” and everyone who’s ever poked you. All this information is covered in the first 50 pages. This is not some random, futuristic scenario. Sadly, it is a present-day reality.

The United Kingdom is one of the first countries to introduce a law enabling social media-users to access their historical data captured by sites like Facebook. All information is required to be supplied to the user on a CD within 40 days. Needless to say, within hours of the law being passed, Facebook was inundated with thousands of requests. It is hard to see how they will be able to comply with the “40 days” requirement.

The fact is Facebook has more than 800 million active users. More than 50% log on in any given day. Furthermore, the average user has 130 friends. More than 2 billion posts are “liked” and commented on each day. With this kind of access to personal information, Facebook probably knows a whole lot more about the citizens of the world than the CIA, MI5, and the Kremlin put together. The potential of this enormous wealth of data being used for commercial gain is shockingly close and downright scary.

Besides having a window into your private and personal world, social media networks like Google+ and Gmail take this one step further. Both are free sites–they don’t require one penny to use. But, as we know, nothing is truly for nothing. To compensate for the free gigabytes, you pay by providing the site with personal information substantially more valuable than what they’re giving away.

One of the most valuable areas of insight that can be determined from this linked data is patterns of influence. These 880 pages contain details about how you interact with friends, family, relatives, neighbours, employers, and colleagues. Accurate information can be gleaned about your ability to influence, and be influenced by, everyone around you.

Let’s say that an advertiser posts an ad for a trip to Nice on your site. It is not coincidental that this ad appears because, over the past few winter months, you’ve been posting messages in which you’ve fantasized about the warmth of that Mediterranean city. The system is able to distinguish the place from the word “nice,” and contextualise your longing for travel and a potential holiday in Nice. “Well,” you could say, “fair enough. This is how Gmail generates income.” But what if I were to tell you that it’s also possible to monitor how the ad placed on your Gmail account affects everyone you’ve had Nice discussions with. How would you feel about being tagged as a “premium influencer” because people appear to listen to what you say, as well as act upon it?

Recently, Facebook added a 24/7 monitoring service that allows to allow Facebook to tell friends what you’re watching, listening to, and reading as you consume it–a kind of “look at me, look at you” system, where we can all keep an eye on each other, follow one another and, of course, influence and be influenced. At first glance, it may appear to be innocent, but there is certainly a more sinister aspect that could come into play. In an experiment I describe in my new book, Brandwashed, 200 people were asked to walk randomly around in a large hall. A few moments into the experiment, five volunteers were instructed to move in a clockwise direction. They were told to do so without making any announcements or drawing attention to themselves. Within seven minutes, everyone was walking in the same direction.

Whether we care to admit it, we’re all deeply influenced by each other, which leads me to Facebook’s brilliant new initiative. Even though many might find it fascinating to observe what our friends are watching, reading or listening to, it may in fact prove to be the most powerful marketing mechanism of the 21st century. It will enable Facebook to systematically select those 5% who tend to lead in every trend: from movies, to fashion accessories, to snack bars, to radio stations. You get the point. Imagine movie studios, magazine publishers, and fashion outlets having access to this information. All product releases will become known for one simple thing: creating mass demand by planting information among small, highly influential groups.

Last year, I decided to get a sense for what Facebook, Google, Twitter, and Apple aficionados (and detractors) say about all this. I was predominantly interested in their concerns about privacy. When I told them that their beloved iPhone was sending data back to Apple about their current location, they were surprised. They were even more surprised to learn that people are rated according to their influence, and every message sent and received by Gmail was analysed for potential advertisers. What surprised me was how nonchalant they were about this clear invasion of their privacy. They weren’t exactly happy about it, but they were generally accepting of it as simply the way things are.

I’m a marketing man, I admit, but I’m also a consumer. Perhaps, as a consumer, it’s time to draw a line in the sand. Companies should consider sharing what they know about us up front. There should be no need for anyone to have to go through official channels to learn what a company knows about them.

Like most, I enjoy freedom of speech, the protection of privacy laws and the misguided notion that manipulation and control only exist in unenlightened countries (and books like George Orwell’s 1984). Herein lies the irony. Within 200 yards of the London flat where Orwell wrote his dystopian classic, 32 closed-circuit cameras monitor the streets. It seems like we’re certainly heading back to the future, only this time it’s for real!