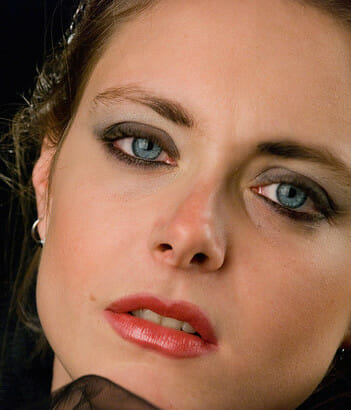 By Martin Lindstrom: Marketing consultant and author of Brandwashed November 7, 2011

With more than 600,000 hacking attempts on Facebook every day, one might be forgiven for asking why we’re so willing to share the intimate details of our everyday lives. Apparently, we have absolutely no trouble doing so, if whatever we see there looks good.

Some years ago one of my friends, a former photographic model, decided to participate in a documentary that set out to study the advantages enjoyed by the more attractive people in our society. Part of the process involved her dressing down, changing her posture, and adopting a surly, scowling demeanor. Her job was to engage others in helping and supporting her in a variety of situations. She would then transform back into her normal impeccable self and attempt to replicate this exercise.

What did she experience? As a dowdy shadow of her usual self, she only managed to enlist 2 out of 15 people to help her. But as soon as her usual gorgeous self re-emerged, 12 out of 15 were more than willing to offer whatever assistance she required. The only difference between the two scenarios was her looks.

An interesting conclusion and, now, a scientifically proven fact. Last week, four scientists from the University of British Columbia published a paper on just how willing we are to open even our most private doors to people of beauty. The Canadian academics used hotornot.com; a site designed to sort the beautiful from the not-so-beautiful people. Then, targeting Facebook, they used the “Hottest” photos when they created 102 robots–or “bots”–whose sole mission was to infiltrate the pages of 5,053 random subscribers to the social media site. Initially, 19% of cases accepted the bots, but when the bots changed tactics and plugged into friend networks, the uptake rose to 59%.

Are we really that fickle? It appears so. As such, we should have no trouble at all imagining an outrageously good-looking woman managing to infiltrate an “enemy” network as in, say, a James Bond scenario. After all, this was the downfall of a disaffected Israeli nuclear technician by the name of Mordechai Vanunu. In 1986, he approached the British press with details of Israel’s nuclear program. Mossad, the Israeli intelligence agency, immediately sprang into action. They sent a beautiful, blonde woman to seduce him. Before he knew it, he was kidnapped, whisked out of England and taken back to Israel, where he was charged with treason.

Seductive beauty, however, is only part of the story. Our ability to imitate people’s behavior seems to have an equally powerful influence on us. Over the years, a range of studies has shown that we are predisposed to people who imitate our behavior. Take for example, an experiment carried out at Duke University, which involved conducting studies around the globe. The results showed that a person’s trust and likeability increased when their personal gestures, like head movements, arm positions, and seating posture, were correctly mimicked.

Taking this one step further, researchers infiltrated Second Life, the online virtual world where users–or “residents”–interact with one another through avatars. By placing avatars designed to mimic the customer (or resident) in the game’s retail shopping stores, the interaction was firstly extended by several minutes, but they also noticed a significant increase in revenue.

Unpublished preliminary research shows that it doesn’t stop here. In fact, the words and phrases we use subconsciously will affect us if the person we’re dealing with chooses to mirror our speech. In other words, if you tend to use words like “awesome” or “freaking idiot,” and the person you’re communicating does likewise, you’re more likely to think you’re more of one mind and, so, trust levels rise–the sense of camaraderie is established after sharing just a few short words or phrases.

Scientifically, this could be explained by nerve cells called mirror neurons. It’s a phenomenon more commonly termed “monkey see, monkey do.” Think about something as simple as a yawn; one person’s big inhalation of air quickly spreads to the next. Several fMRI studies show that the person observing has a physical sensation of performing the task. This may go some way to explain why watching sports is one of our most enjoyable pastimes. Not only are we observing elite athletes on a field, but we tend to become so involved that we also feel as much a part of the action as those on the field.

The world of perception and persuasion is quite simply far more powerful than we think. Imagine for a moment an avatar bot, designed to be immensely attractive, that imitates your gestures, uses your expressions, and simulates your moves. It’s likely the researchers from Canada would be recording a far greater conversion rate than their already large 59%.

Even though we’re reluctant to admit it, we’re hardwired to be selfish. We tend to be attracted to attractive people, whose beauty might reflect well on us, not to mention the possibility of creating beautiful children. This aspect of human nature will pave the way for sophisticated bots to come into our lives and harvest our personal details–be it our favorite ice-cream flavor or our email address.

Next time someone seriously good-looking asks to be your friend, seriously consider whether you’re willing to accept, or reject. Either way, you stand to lose.