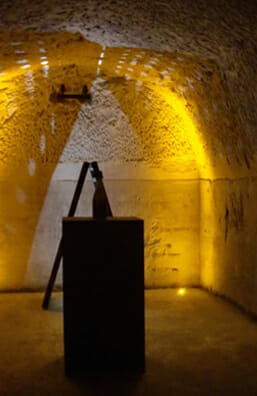 Fast Company: For Brands, Being Cool Is As Hot As Sex

By Martin Lindstrom: Marketing consultant and author of Brandwashed – July 7, 2012

We all know why sex sells, but coolness? It’s mercurial, ethereal, and hard to measure. So why does everyone care so much about it?

The decision was made–and then made headlines across the globe.

In the U.K.’s high court, Judge Colin Birss presided over Apple’s fight with Samsung, in which Apple claimed Samsung’s Galaxy tablet was way too similar to its iPad. The judge disagreed. In his ruling he said that the Galaxy “does not have the same understated and extreme simplicity which is possessed by the Apple design.” And then came three little words that reflect one of the biggest, most powerful ideas in business. The Judge declared that the Galaxy is “not as cool” as the iPad.

Now Apple is a brand that’s been considered cool from the moment the first Macintosh was introduced in 1984. Cool is something every technology brand in the world aspires to be. BlackBerry and Nokia would pay millions to be associated with the trait, if only they could. So would shoe makers, car manufacturers, clothing labels, and probably every celebrity on the planet. Cool is–and has been for some time–the hottest word in branding, and every brand wants a piece of it.

Cool is also mercurial, ethereal, and hard to measure. That hasn’t stopped a group of psychologists from conducting a three-part research study investigating the essence of coolness. The results of their investigation were surprising. But first, let’s take a step back in time.

Values, which serve as a kind of architectural framework, underpin a brand. This keeps the brand solid and consistent. In other words, a brand is a little like a person you form a trusting relationship with; you rely on it to perform.

In their search to be cool, brands often aspire to align their values with well-known personalities. In the 1990s, Madonna was all the rage (really, check out this vid for a few reasons why). “We want to stand for what she stands for,” were the words on the lips of every marketing executive I spoke with. Back then, she was less preoccupied with staying young, and more focused on making interesting dance music and compelling, sexy videos. She was cool.

During the first part of this century, the notion of cool shifted to people like Richard Branson. His entrepreneurial spirit and, well, cool, was highly appealing to a new generation of marketing professionals. They wanted what he had, and brands were subsequently steered in similar directions as Branson’s Virgin group.  Cool brands manage the delicate balance of being well-defined entities, as well as being highly desirable. Often this comes from a close association with a single word: think “search,” and you think “Google”; or “safety” and “Volvo” pops to mind; “cowboy” conjures “Marlboro.”

So what is the essence of cool? Just last week the Journal of Individual Differences published the results of a study led by Ilan Dar-Nimrod, a psychologist at the University of Rochester Medical Center in New York. The researchers set out to define coolness beyond a general understanding of what’s nice, likable and popular. For the study 353 volunteers were asked to submit adjectives they associated with coolness. Surprisingly, the word “friendly” topped the list, followed by “personal competence.”  This ranking positioned socially skilled, popular, smart, and talented people as being the ultimate in cool; individualist hipsters featured lower on the list. Bar-Ilan concluded: “Coolness has lost so much of its historical origins and meaning.” That is: rebels are not hot. Or cool.

Another attribute figured prominently in this recent study: physical attractiveness. The prominence of “good looks” in the study echoes the results of work I carried out for my most recent book, Brandwashed. During my $3 million study into the way word-of-mouth works, I asked a family of five to secretly promote brands to a cadre of their friends, family members and colleagues. During this experiment, I learned that the key to the family’s success was neither their extensive network, nor their gift of the gab; it was their good looks.

A slew of books published in the last year attest to this.  Daniel Hamermesh describes why attractive people are more successful in Beauty Pays, whereas Deborah Rhodes’s The Beauty Bias argues for a legal basis to prohibit discrimination against those who are not gifted in the looks department.

A while back, the BBC made a television documentary about the importance appearance plays in our lives. One of Britain’s top models was made to appear frumpy for a day. She was then tasked with a variety of roles–to look for a job, to approach people on the street for directions, and to randomly offer help to others. At the end of the day, she was asked to assess how important her looks were in achieving what she’d achieved. Without hesitating, she answered: “Everything.” She was flabbergasted to find just how unhelpful people were during her day as an average-looking person.

So here’s a wild hypotheses: If looks go a long way to defining a cool human being, how does this relate to brands? Apple has sleek lines and stylish displays, but does the brand have a sense of humor?  Is it sociable? Well, yes. Just look at those winning ads where the uncool guy took on the role of a PC, and the fun, socially engaging and handsome guy was a Mac. Which brand would you prefer to be?

Can this revised formula for coolness be adapted to every brand and category? Perhaps. As with everything, I’m sure there are exceptions, but it is an intriguing thought. As brands become increasingly sophisticated in their strategies to capture the hearts and minds of consumers, so more sophisticated means of identifying, defining and locking in the perfect set of values is required. Of course it’s one thing to theoretically label your product or store cool, in the hope that the consumer will concur; it’s quite another to achieve it. But with good looks, a dose of humor, and a splash of social awareness, you may yet realize the dream.