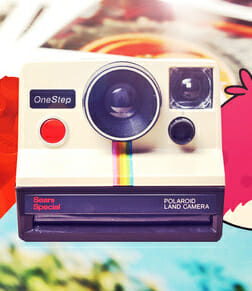 Fast Company: Being “Done” VS Being “Perfect”

By Martin Lindstrom: Marketing consultant and author of Brandwashed – September 25, 2012

Ideas are easy–believing in them is the hard part

In 2010, a small California-based company opened its doors for business. They didn’t have much capital but, with a staff of only four, they did have a singular vision–to outdo Kodak. Even through the rosiest of glasses, this would not appear a feasible proposition. It’s a scenario that makes David versus Goliath look like a fair fight. But 18 months later, the company of four, which had become a company of 13, was sold to Facebook for $1 billion.

It was a sale that made headlines the world over. Instagram was the new digital sensation. They were perfectly in sync with a generation that records everything on their iPhones, and their service that enables the most amateur picture-taker’s photos to look like they’ve come out of a professional studio, was, well, an insta-hit.

Let’s go back a little farther, still. In 2003, a small mobile game development company from Finland appeared on the map. Taking their cue from the likes of Hasbro, the U.S. giant of interactive games, they wanted to create a small, fun, and dead-cheap game. Operating in the country where Nokia had so dominated the digital landscape, it came, naturally, to use smartphones as their platform. Six years later Rovio Entertainment launched Angry Birds. On May 9, 2012, the company announced the one-billionth download of the game.

Instagram and Angry Birds are not unique. One needs to look no further than Netflix and Blockbuster–and Skype and the entire telecommunication world–for similar stories. Small startups, which despite all the odds, manage to succeed against well-established conglomerates with all the expertise that money can buy.

All the aforementioned startups began with nothing but an idea. How difficult is that? Having worked with some of the world’s largest companies, I’ve come to realize that the idea is the easy part; the hard part is getting your company to believe in it.

If you’d entered Facebook’s headquarters sometime around 2010, you’d have seen a sign painted on the wall: “Done is better than perfect.” I have no doubt that if you walked into the offices of any Fortune 100 brand you would see no such thing. Their legal, compliance, or human resources departments would insist on it being removed. And yet, had Facebook waited so much as a year to perfect its model, the company might very well be where MySpace is today.

“Done is better than perfect” is not about coming up with ideas; it’s about believing in them. And having an attitude that compels you to run with the idea before it’s too late.

My ultimate dream as a kid was fulfilled by the time I was eight. This is when I visited the research lab developing LEGO. To be in the place where new toys were being developed before they hit the market–this was my version of the Willy Wonka fantasy. I’ll never forget my encounter with the head designer as he showed me the newly developed LEGO train. I could barely contain myself, it was just… well, the coolest thing I’d ever seen.

I spluttered out: “When can I buy it?” He said, “In about three years time.” That just baffled me. I wanted to know how he could project that far ahead. His answer was simple. He said, “Because we’re LEGO.” A few years later LEGO experienced its biggest drop in sales. It was the same year that the first hand-held computer games hit the market. It would take LEGO another 20 years to reduce their R&D cycle to less than a year.

Another Facebook motto says: “Move fast and break things.” Can you think of any Fortune 100 brand that is not only prepared to say this, but actually means it? Google, Apple, Amazon, and perhaps Samsung. Anything in common? They are all innovative technology companies with a new style of leadership.

Until recently, Sony was the world’s leading electronics company, and then something went wrong. Was it lack of ideas? Having spoken with insiders and experts, I put it down to arrogance. A bit of cultural background is also relevant here. Historically, there’s always been friction between the Japanese and the Koreans. A few years ago, the Korean company, Samsung, knocked on the door of Japanese-owned Sony. They wanted to team up with Sony to produce LCD screens. Rumor has it that mainly due to cultural baggage, Sony politely refused. The rest is history. Samsung is the leading manufacturer in six electronic categories in the United States alone.

Whenever I spend time in boardrooms across the world, I can’t help but notice that courage seems to be a limited currency. No matter how the company presents itself, it seems CEOs rarely have the power one would imagine. The fact of the matter is that companies of this magnitude tend to be run by committees that make the tough decisions and take the risks. The problem is that committees rarely have courage–only people do.

At another company, on another wall I noticed another slogan: “Let the consumer build the brand.” This was Skype. Skype is not a Fortune 100 brand just yet, but with Microsoft’s recent $8.5 billion acquisition, it may soon become one. With widespread recognition in the developed world, and almost no advertising, this slogan rings fortuitously true. Bear in mind that Skype is less than nine years old, and its blue icon has found its way to millions of computer screens with not a single ad.

I often conduct the Skype challenge with my clients. If all advertising was banned, and the game was to increase sales, what would you do? You’d be surprised to find how creative even the least creative person can become. But what’s even more surprising is that most have never so much as entertained this as a possibility. As one executive explained, “Why should we? We’re running one of the most successful companies in the world.”

There was a time when he was probably right–but no longer. The reality is that there’s a new set of rules in town, and they’re scarily simple. They’re also scarily powerful once you get them. However, getting them right is the hard part. If you can claim the management of your company truly lives by the mantra that “done” is better than “perfect,” and that the organization’s survival is about moving fast and breaking things, then you need to ask them if they’re prepared to cut out advertising. It’s more than likely their answer would still be, “No.”

But at this very moment, someone is hanging one of those fine Facebook posters on their business’ office wall. And like David, armed with little more than a slingshot and a stone, they’re acting on pure courage and just going for it, because that’s one of the rules of survival today–not tomorrow.