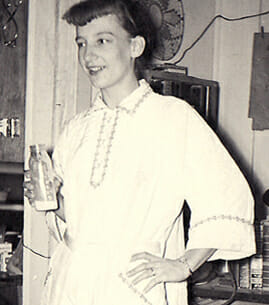 Fast Company: The Truth Dresses Down

By Martin Lindstrom: Marketing consultant and author of Brandwashed – April 17, 2012

What I learned about honesty from showing up at a stranger’s home an hour early.

When I showed up on the London doorstep of a stranger’s home, an hour too early, something unusual happened. What first began as a scheduling mix-up resulted in one of the most profound consumer observations I’ve ever made.

Admittedly, my job is somewhat out of the ordinary, and my consumer research sometimes takes me to very strange places. This week I explored the psychology of feminine hygiene. Last week it was shampoo, and only just three weeks ago, I was looking into the various ways consumers use condoms. No matter the subject I’m researching, though, I have found that one of the most effective methods is to visit consumers in the comfort and privacy of their own homes. I’ve learned that it offers a glimpse of a quite different people than I would see if I’d had them come into an interview room and viewed their behavior from a more formal setting. Not only can the unfamiliar setting alienate subjects, it often leads them to compete with others there and frame their answers to appear sophisticated and knowledgeable.

So this time, I rang the doorbell and patiently waited, ready to get on with my first interview in my subject’s home. Instead, the woman who answered the door looked like I’d woken her up, bed hair and all. She was clutching her robe, and she peered at me through sleep-filled eyes. This had never happened to me before. Although we instruct all our respondents to behave as they would on an ordinary day, they tend to dress up. I regard it as a natural response to entertaining a stranger in your home. I immediately apologized, hastily explaining that I’d just flown in from Frankfurt and had gotten the time zones confused. I offered to return in an hour.

But it was too late. The cat was out the bag. I’d already seen behind the façade. It was certainly an uncomfortable moment, but the woman was resigned to the idea that she had already been seen without her public face on. So, she invited me in anyway.

As we settled into her living room to chat, I noticed a dramatic difference between this and my previous interviews. She was startlingly honest from the beginning. There was no beating around the bush, no dressing up the truth. Of course, there were no shoes or makeup either. Whatever she said came across as totally honest and completely authentic.

Was this interview a lucky once-off? It seemed so, because as the day wore on, and one interview followed another, the honesty I encountered earlier in the day was non-existent amongst the others. What had happened?

Over the years, I’ve become attuned to the subtle nuances of consumers’ behavior. I can pick up details that few would even notice. I’m talking about small features that most people would regard as insignificant, but which, in reality, can be the making or breaking of a brand. (Often the focus is on female subjects, who represent 65% of global spending and more than 80% of U.S. spending.)

Take for example, the way a woman arranges her perfume bottles on the bathroom shelf. This small, individual detail often tells more about her self-esteem than those most close to her would be aware of. (A woman with a fairly low self-esteem has a tendency to give the more exclusive brands prominence, while the more common brands are tucked behind.)

I’ve also become quite adept at body language. I always feel a sense of satisfaction when the woman I’m talking to takes off her shoes and settles into the couch; I call this the revelation moment. I can also pick the hardcore shopaholics by the number of artifacts on display in her hallway.

By now I’ve done over a thousand interviews. My preparations are rigorous, and the interviews are conducted thoroughly and systematically in order to glean the most accurate insights. Yet, despite my diligent preparation and carefully crafted framework, my scheduling mishap highlighted a tiny but vital detail that could raise questions about the results of all my past interviews.

I’m sure you’re well familiar with the way women feel as they prepare themselves for a night out. A good dress can work wonders for their self-esteem, and thus their demeanor. But what had totally eluded me, until this serendipitous moment, was a woman’s makeup cabinet.

The night after my interview, as I swam my laps in the pool, it occurred to me that the honesty of the interview to which I’d showed up early was not coincidental. The fact that I arrived unexpectedly seemed to have made all the difference. It’s a phenomenon called “enclothed cognition,” and it refers to the influence clothes have on the psychological processes of the wearer. Joshua I. Davis, an expert on embodied cognition, was quoted in the New York Times as saying, “When we put on certain clothes, we might more readily take on a role.”

Dr. Adam D. Galinsky, from the Kellogg School of Management at Northwestern University, led a study into the effects of clothing on cognitive processes. In one of his experiments, reported on in the Journal of Experimental Social Psychology, he randomly assigned 74 students with one of three tasks–wearing a doctor’s coat, wearing a painter’s coat, or simply looking at a doctor’s coat. They were subsequently tested for the amount of attention they paid to the task. They were shown two very similar images on the same screen, and they were asked to quickly jot down four minor differences. Those wearing the doctor’s coat (incidentally exactly the same as the painter’s coat) found more differences indicating heightened attention.

We all take on many roles in our lives. For example, we behave differently with a friend’s parents than we do with the friend. As our knowledge of psychology increasingly peels back the many human layers, I’ve come to see how even the smallest and most subtle signals and gestures can transform a personality. It seems just carrying a heavy clipboard has the power to make one feel more important. So being caught without makeup might indeed help facilitate more openness.

Needless to say, I now make a habit of showing up early for my home visits, because those 60 minutes could make all the difference to the future success of a brand.