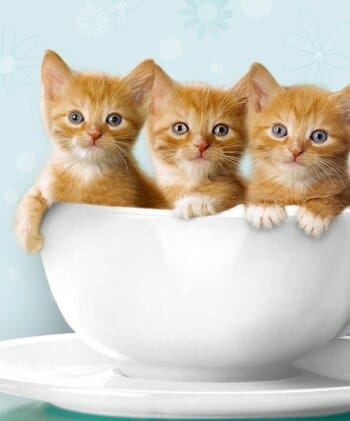 Forget poking on Facebook or IMing people, shaking a hand or putting an arm on someone else’s shoulder is where social interaction really begins. In Japan, this need for touch has extended to a focus on pets, including cafes for petting cats. Will emphasizing touch be a new trend in the U.S.?

As I made my way up a narrow staircase in Tokyo, I wondered what on earth I was actually doing. A few weeks earlier, a friend of a friend had mentioned cat cafés, a new phenomenon sweeping through Japan. The cat café at the top of the stairs promised an unforgettable lunch, while simultaneously extending human life by years. Although I’d hardly consider myself a cat person, I found the temptation of longevity irresistible.

Japan has long been obsessed with pets. It was here where you could first take your dog or cat for a pedicure or a spa. Shortly after, gift shops for pets sprung up, followed by restaurants dedicated to feeding your pet specially prepared delicacies. The animals would be seated, whilst their human caregivers would be left outside. No joke. There are many a funeral home and cemetery for cats and dogs. And now this: cat cafe

In the finest Japanese tradition, I was asked to perform one of those cleaning rituals that would put sanitary procedures at your average hospital to shame. Once cleansed, I was led to the education room, where I was instructed on correct behavior. Now enlightened, I was ushered into a large room with a café bar in the corner, and hundreds of cats. They were curled up on the floor, reclining on armchairs and sofas and padding around the room.

I was not alone. Many people were there, their focus directed exclusively to one cat or another. They held them on their laps, sat beside them, stroked, patted, and murmured sweet nothings in their ears. All the while, the cats purred the deep purrs of creatures entirely satisfied with their lots in life. After a cup of coffee and brief interactions with three separate cats, my time was up, and I could now say I’d had the full cat café experience.

The more affluent, time-poor, and lonely a society becomes, the greater the need for pets. Not too long ago, I was taken to a home for elderly Japanese people. At first glance, I noticed people sitting quietly stroking their little dogs. I was amused that the dogs all looked remarkably similar. My amusement turned to astonishment when the staff explained that the pets were actually robots disguised as fluffy, white poodles.

Japanese research has shown that the more time we spend touching pets, the longer we live. So, with the help of a government grant, many such homes in Japan have invested in expensive robotic pets that breathe, snore, shrug, yelp, and indeed respond to their owner with sounds of recognition when they see them.

Will this somewhat crazy, yet undeniably thought-provoking, trend be confined to Japan? Or will it find a place in the Western world? France is a possibility. It’s a nation that has always celebrated dogs. I will never forget an incident that occurred at a 2-star Michelin restaurant in Paris. There, at the table beside me, was a dog sitting on a chair, facing its owner. It ate from a fine china plate, and drank what looked like red wine from a bowl on the table.

I suspect that the U.S. might be next in line, simply because we’re a nation increasingly deprived of meaningful physical interaction. “That’s ridiculous,” you might say. But think about it: Apart from the perfunctory handshake, when was the last time you touched another person? We touch our iPads and Pods, our fingers fly over our BlackBerrys and fold over our mouse, but as for touching humans, well, that’s another story entirely. It’s not our way.

If you’ve ever visited countries like Spain, Italy, and Turkey, you’ll soon notice boys, men, and even the elderly, touch hands with one another as they saunter along the street. At presentations I’ve conducted in Thailand and the Philippines, it’s quite common for businessmen to drape an arm over the shoulder of the man beside them. I’m talking a normal working situation, not an Asian version of a gay Mardi Gras.

We, on the other hand, like to touch before we buy. We test an avocado’s ripeness by giving it a gentle squeeze, and finger the texture of the fabric before we try on an outfit. But when it comes to touching one another, we tend to shy away.

Which brings me back to the U.S. During the course of my workshops I have a tendency to gently rest a hand on someone’s shoulders when addressing them directly. They often come to me at the close of the day to express their satisfaction. They say, “I’ll never forget your presentation. It felt like we established a really clear understanding of one another.” I explain that touch helps facilitate this, and then ask why they don’t initiate similar physical connections. Their answers rarely surprise me as they talk of their fear of what others may think. They don’t want to offend anyone and are afraid of breaking unspoken codes of behavior. Some go so far as to express their fear of a potential lawsuit.

As we well know, animals cannot sue. You also never look stupid or inappropriate petting a dog or a cat. So, when we do, it satisfies our basic need for touch. It wakens us to life and living beings and can conjure up warm memories of deep connection with our childhood pets.

Here’s my prediction: As our social lives migrate online, so our need for touch offline will become more apparent. We have two choices–we can either normalize touching one another in the same way Italian, Brazilian, Thai, and Spanish people have been doing for hundreds of years, or another commercial industry will find itself in our lives. Make no mistake, the need for touch is hardwired into our being and if we don’t get our share, there’ll be an influx of pet cafés, pet gift shops, pet outfitters, and pet podiatrists. On the one hand, it’s adorable, fascinating, and appealing. On the other, it’s the expression of a desperate human need for touch and connection in our increasingly disconnected lives.