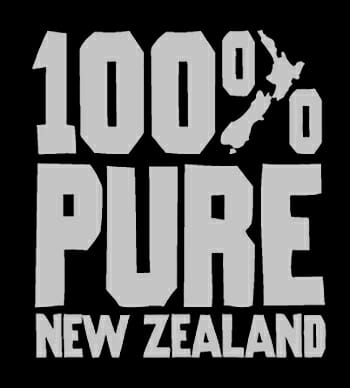 Imagine you were offered a choice to purchase two different cars. Nothing was said about the cars, not even the price. The only information you have would be the country of origin. The first car is produced in Turkey – the second in Switzerland. Which one would you choose? Most people wouldn’t hesitate. They’d select the Swiss car, because Switzerland has established a reputation for products that are high quality, precise, secure and of good design.

A country brand is everything. It’s a factor in attracting tourists, trade agreements and consumers’ perception that earns respect. This respect extends to its citizens, and the way they are treated the world over.

In a small two-year time frame, New Zealand increased its tourist traffic by an astounding 56 per cent. They never offered cheap airfares, and one might say that the ‘100 per cent New Zealand’ campaign left its mark, but in reality a good 55 per cent of this increase can be attributed to a movie, or three. Lord of the Rings did it. A coincidence? Hardly. Since the mid 1990s, countries like New Zealand and Australia have actively sought to expose their landscapes in big-budget movies. Mission Impossible II and Finding Nemo were largely set against an Australian landscape.

The New Zealand government encouraged the production team behind Lord of the Ring by offering special government grants and tax incentives. Likewise, Australia does the same. Movies are just one tool in a country’s branding tool-kit. International tournaments and global sporting events are instrumental in building a country’s image. Cast your mind back to the Sydney Olympics in 2000. In a carefully managed and well-planned branding strategy, almost every event that was televised managed to include a few views of Sydney.

Increasing export markets might be another important point on the agenda. Over several decades, countries like France and Germany have consistently pushed their country’s image. You will notice that in almost every commercial that appears for Audi outside of Germany, the car manufacturer uses a tagline written in German. Similarly, Louis Vuitton writes “Made in France” in large type on most of their products. Their corporate communication charmingly combines French words with the language they’re using, thus Frenchifying the message. The result – 80 per cent of all Louis Vuitton products are sold in Japan, Ironically 67 per cent of young Japanese women dream of honeymooning in Paris. These dreams are intertwined with the country and its brands.

In many respects, countries are just like brands. They offer products and services, and have distinct personalities. It takes time to build a strong country brand but it most definitely can be done. Look at Japan, Finland, China, UAE or India. Each is growing in strength from being totally unknown, or worse, known for cheap quality. It took Nokia five years to turn Finland into the master of wireless technology. Japan’s reputation went from a producer of cheap, low quality goods to being a leading innovator associated with brands like Sony and Lexus. And China, UAE and India are all transforming their somewhat dodgy images into progressive, efficient places where their goods and services can be relied upon. It’s a process, which doesn’t happen over night, but can take less than five years to achieve.

Patience is required – but the results pay off. Remember, Rome wasn’t built in a day.