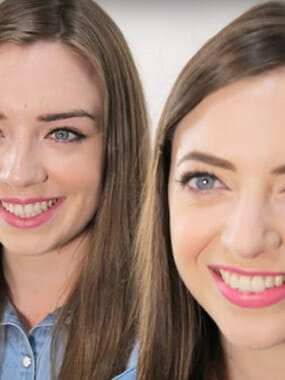 Are You One of a Kind? What We can Learn from TwinStrangers.net

Imagine walking down the street and bumping into a person that looks identical to you. What would this person be like? Can you ask this person for advice? Do you both like the same kind of toppings on your pizza? Or what is this person’s deepest feelings, fears, experiences –- wouldn’t it be amazing if you shared those same things?

For some reason, many of us walk around with that secret dream—to meet someone just like us. It is possible now or, at least, that is what Twinstrangers.net claims. The site represents some 500,000 people who’ve already signed up, eager to find themselves.

But why is this such a drive for us, and is there more to this than the somewhat naïve hope that someone out there is walking around just like you?

NLP, or Neuro Linguistic Programming, has been around for decades. It’s a method which basically helps people fine-tune their body language, often by mirroring what the person in front of you are doing. This widely popular approach has helped business men and women to sell more – for some reason the more we imitate the body language of the persons in front of you – the more the person likes you.

This philosophy even seems to work in online gaming, where numerous experiments shows that even if an avatar, representing you in a game or a virtual world, imitates the “body language” of another player, then the other player (and don’t forget this is represented by another real human controlling this avatar in the virtual world) not only will like you more, the person will also trust you more and even buy more from you.

Why is this the case?

The answer might be found in the concept of Mirror Neurons, a hardwired reaction we’re all programmed with which stimulates us to feel what other people around us are feeling by imitating or watching their behavior. Studies show that if I were to scratch my head while you’re watching, your brain would fire neurons that would stimulate your scalp in an almost identical fashion. Another example – if I yawn in front of you, chances are that you’ll yawn too.

But this becomes even more interesting when it comes to building your personal brand. If you’re able to adapt a “branded” body language, such as a ritual or a certain behavior, people around you will buy into your brand at a faster rate. It is like an invisible handshake you’re making with people around you. For example, I always hand over my business cards using both my hands. This unique salute immediately creates attention but, more importantly, people take my business card and my brand more seriously. They pick up on my cue and subconsciously say “this must be something special” and imitate my behavior in return. Without knowing it, they’ve bought into my brand.

Let’s go back to Twinstrangers.net and the fact that this site already has shown the world that the very concept of doppelganger indeed exists. Based on my work, studying consumers, I would claim that there’s only 500 to 1,000 truly unique people in the world. The rest of us are merely iterations or adaptions of these. It is a bold statement but, having visited thousands of homes and interviewed thousands of ordinary people across the entire world, I’ve noticed an unusual skill emerging in my brain. It’s an ability to understand, or even read, people’s personality without asking them a single question. Sounds spooky, even psychic, but it is not. It’s just my brain beginning to adapt and connect all the millions of observations I’ve made, identifying a pattern among these which, in the end of the day, has begun helping me to project what one person’s behavior is likely to be, based on other people with similar characteristics.

Needless to say, this leads to an entirely new world of opportunities. If it is really true that the world only consists of 500 – 1,000 different people, then what will this mean for the way we market to people? What will it mean in the way we in the future formulate standardized messages which, in fact, could be designed so they strike an amazingly accurate nerve in all of us, even though the very same message was sent to millions of people?

It’s food for thought, and something I will be exploring over the next few months. In the meantime, if you happen to bump into my doppelganger, drop me a note – I have a couple of complaints about myself I’d like to share with him.