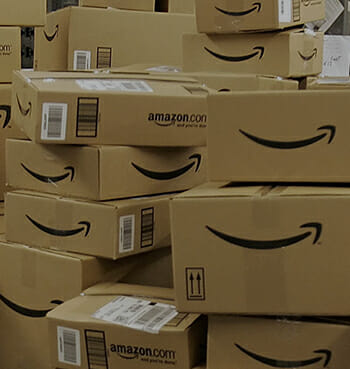 Retailers: No Rest for the Weary

Over the years, I have been intrigued with comparing and contrasting e-tailer and retailer operations. I’ve observed the fight between the two camps, and that fight, at one time, was nearly lost by the retailers. The potential defeat loomed when amazon.com proved to the world that selling books needn’t be a bricks-and-mortar experience.

From my ringside vantage point, I’ve watched three rounds — so far, every one of them won by the retailers. That concerns me — not because I’m in love with the e-tailers, but because most retailers, even as we speak, are taking a rest.

The adrenaline that urged them on some two years ago (when Barnes & Noble was losing market share to e-tailers by the minute, for example) seems to have dissipated. The skeptics, persuaded to change their opinion and agree that dot-coms were a commercial necessity, were growing fewer and fewer in number. And then the fight stopped. But, hey, retailers! This doesn’t mean you can afford to rest on your laurels and stop developing yourselves. Experience clearly shows that retailing concepts are dramatically challenged every decade — by mega brands, for example, trying to diminish the retail store’s role and intercept the retailer’s contact with the consumer. You better recover that adrenaline rush: It tells you you’re alive and prepares you for the inevitable, ongoing competition.

Remember, even though the value of dot-coms has been diluted by more than 70 percent, and even though 80 percent of e-tailers have closed their virtual doors since 1995, it doesn’t mean that online shopping will disappear. I’m sorry, but consumers have smelled retailer blood, and they want more. They won’t flock online as quickly as they did 12 months ago — dot-coms have nothing in their marketing budgets to pull consumers their way. But I guarantee that e-tailers’ market share will grow, most likely harnessing 25 percent of total consumer expenditures within the next four years.

Retailers have to use their third-round victory beneficially and intelligently, while there’s still time to do so. What Barnes & Noble did by opening cafes in its stores — reaping a sales increase of 18 percent — is still not a bad idea. That Charles Schwab opens 80% of its accounts face-to-face, across a real-life counter (then induces 70 percent of these account holders into an online relationship) is still not a bad idea. We just need to see more such ideas.

Over the past four years, retailing has received warning signs advising them to stick to what they were best at and avoid trying to reduce prices and add shelf-space. Price and selection are the e-tailer’s edge, and retailers can’t compete using the strategies those strengths suggest.

The reality is that the fight has just begun: The division of consumer patronage is still a matter to be decided, and the online-versus-offline battle is still going on. Retailers, don’t fall asleep. It’s still your moment. For now.