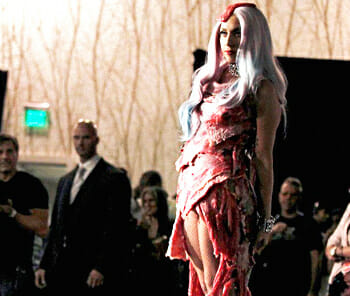 Fast Company: The 3 Best Cheap Marketing Moves Of All Time

By Martin Lindstrom: Marketing consultant and author of Brandwashed – November 30, 2011

Is it possible to brand an entire country for less than $200,000? Or, for less than $2,000, can you brand a person so successfully that they create headlines worldwide? Here are three cases of successful, yet cheap marketing stunts.

Some years ago I decided to analyze 50 random TV car commercials. First, I reviewed them and then cut each scene just at the point where the car shows how brilliantly it handles at fast speeds. I’m sure you know just what I’m talking about–the wide-open road in a glamorous location. Out of the 50 commercials I looked at, 48 contained a slight variation of just that scene. I then joined the cut moments together into one mega 90-second commercial. I kid you not: it looked as if it were a single commercial made by a single director using the same cameraman. At the end of the exercise, I looked to see which vehicle stood out amongst them. Sadly, there was not a single one.

Similarly, whenever I watch commercials on the international edition of CNN, I play a game with myself. I call it: “What Country Are They Promoting Now?” I try to guess which nation is being promoted before the answer’s revealed at the end of the ad. Now, I’ve been watching these ads for years and yet, no matter how many times I’ve been exposed to the genre, I still manage to get a good half of them wrong. Yet, now and then, in our world of sameness, a person manages to get an idea for a promotion that stands out enough to spark conversations.

Marketing A Job (And An Island)

You may have noticed this recent campaign. It was a small job ad in the classifieds. It described “The World’s Best Job” and offered an annual salary of $150,000. They were looking for the right person to become the caretaker of an island somewhere off the coast of far north Australia on the Great Barrier Reef–one of the most exotic locations in the world. They placed the ads in a few different places but, within a short time, the media picked it up and it began making headlines on television stations. After all, who could resist imagining themselves in such a dream job?

Within four weeks, the campaign had generated media exposure that was valued at $89 million. And yes, it also appeared on CNN International–although, of course, not in a paid spot. It was a human interest news item that did not cost a single penny.

In my job, I’m exposed to amazing ideas every day–there’s a lot of them out there–although most are killed within seconds of being born. For some strange reason, as the financial crisis deepens and big companies grow bigger, courage seems to be in short supply. Now and then a single idea survives the filter of politics and, let’s be honest, incompetence.

Last year, however, one of those little gems of an idea managed to survive. It came out of Kraft, the mega multinational food company that owns the iconic Australian brand Vegemite. Now, Vegemite is more than just a cultural icon; it is, in fact, part of Australian culture. It’s a salty, yeasty spread that you have to be Australian to love. The question is: how can you address falling sales in a brand that fails to translate beyond a fairly limited market? You change its name! From Sydney to Perth, the hue and cry that ensued when Vegemite suggested the change was deafening. Which brings me back to courage. This was the moment when Kraft showed courage and got the nation to reclaim their beloved Vegemite. Needless to say, the name remained the same.

So, if it’s possible to brand a country for relatively little, and one good idea can energize sales for a beloved but fading brand, what can be done with a person?

If I say “meat dress,” I’m pretty sure you’ll know who wore it. Right?

Lady Gaga. Who else? She’s perhaps one of the greatest marketing geniuses of our time. Some might say she’s a natural successor to Madonna. Madonna managed to offend half the western world in the 1980s when she used a cross to simulate masturbation whilst performing her popular song “Like A Virgin.” She then took the Christian imagery one step further in her “Live to Tell” concert tour that saw her being suspended, Christ-like, on a giant illuminated cross. She certainly got the attention (particularly from Pepsi, which pulled their sponsorship). Nevertheless, she created headlines around the world and sent her sales soaring.

Lady Gaga’s cheaper and perhaps safer solution (at least from a sponsorship point of view) was her meat dress. She made headlines when she first wore it to the MTV Video Awards in 2010. She wore it, she said, to prove she is not a piece of meat. Having made her point–and a million headlines–she then put it up for sale for $100,000. An out-there, crazy idea that ignited a storm of horror and amusement but cost her just $2,000. The dress eventually landed in the Rock and Roll Hall of Fame Museum, which paid a taxidermist $6,000 to preserve it.

I’m sure if someone posited any one of these three branding ideas in a corporate setting, they’d be dismissed as ridiculous and fanciful. However, the stunning outcomes of these three fanciful ideas have proved how wrong it would be to dismiss them. Enough for you to see the startling effects and wonder why on earth you did not come up with them.