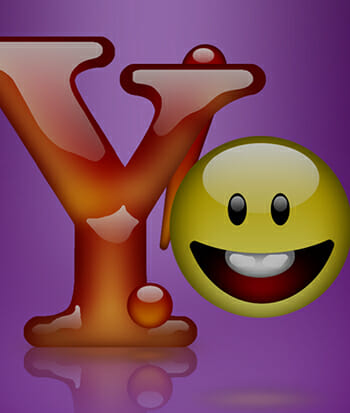 The Rise of the Emoji in Branding

Every year, Oxford proclaims a word that sums up the cultural zeitgeist and political barometric readings. Vape was the word for 2014, catching the trend and hype around e-cigarettes. In 2015, the choice was an emoji. Specifically, the “Face with Tears of Joy” emoji.

Before we all begin decrying the fall of civilization, let’s stop to review emojis for a moment.
We know that an image can be incredibly effective in capturing the feelings and thoughts of someone, and breaking across the limits of language. Think back to the most compelling photographs of the last century—the haunted, compelling eyes of a young Indian girl staring from the cover of National Geographic or the enthusiastic joy of a sailor celebrating the end of WWII with a kiss. Pictures have a power to immediately draw and communicate a host of sensation and feelings.

Emojis allow users to share and reveal their opinions about everything, using smiley faces to hearts to images of food and automobiles. In my new book, Small Data, I talk about emoji use across different nationalities. Based on a study done by Swift Key, American users are far more likely to use emojis about technology and food, while French people favor hearts. People who live in the Middle East tend to use plant and flower emojis, standing out in stark contrast to their dry, desert environs. Emojis allow people to express themselves, while providing insight into their mindset.
But why did Oxford choose an emoji this year? According to Caspar Grathwohl, president of Oxford Dictionaries, “Emoji are becoming an increasingly rich form of communication, one that transcends linguistic borders.”
If you are looking for a way to communicate and connect with your consumers, especially on social media, good use of emojis can help bridge any gaps that may exist. In our digital age, where we have so much immediate connection on a superficial level, people are looking to make real and heartfelt connections to other humans and, yes, brands.
Smart companies have already begun jumping on this bandwagon, using emojis to build consumer loyalty and engagement. Ikea came out with a branded set of emojis for shoppers to download and use for all situations, while Oreo conducted a user-generated contest in China that generated 99,000 new emojis. Burger King created a set of Chicken Fries emoticons to promote the addition of a popular item to their permanent menu.

One simple and immediate way to use emojis, if having a set built for your brand is not practical right now, is to start using them in your social media. Beware, though—not every brand should use emojis. Review your current brand and see if it’s a good fit. With many trends, you have to carefully execute them to avoid looking foolish.
Personally, I feel that emojis can be a fun way to communicate, both personally and professionally. They could also have another benefit—a recent study by Match.com found that singles who use emojis in emails have more sex than people who don’t. Could that correlate with emoji use in blogs? I’ll never tell.