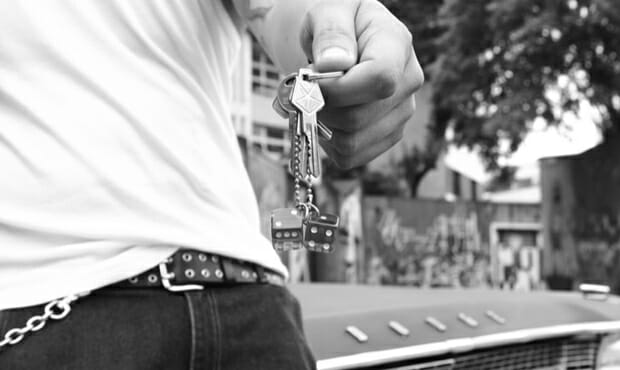 Think holiday shopping’s ‘soulless?’ This Japanese trend can fix that

The times when Black Friday and Cyber Monday were one-day events are long gone. Data from search engine giant Google show that close to 90 percent of shoppers have turned these days into “mini-shopping-holidays,” rather than one-day events. But the Japanese, known for turning shopping into a fine art, may be pointing the way to yet another new trend in shopping.

For decades, the Japanese culture has led consumer innovation. They introduced everything from portable music players to video cameras, from the compact discs to the cartoon obsession — and who could forget Hello Kitty? If you ask Japanese people what they’ll do on any given vacation, most will answer: shopping. For the Japanese, the term “shopping-holiday” is just as accepted as “beach-holiday.”

There’s no better place in the world to predict the future of consumption.

The newest shopping trend—which is sure to reach foreign shores soon—is also born in Japan. It is narrative-based second-hand shopping.

Pass the Baton! is a chain of Japanese stores that is leading the way in this next generation shopping that is attracting increasing attention from international trend scouts. Its flagship store, located in Omotesando, Tokyo’s high-end fashion district, runs in the face of Japan’s decades-long tradition of “use it and throw it away.” At Pass the Baton!, second-hand fashion and used home products are mixed with brand-new merchandise.

Tokyo is considered the world’s most competitive retail market, so it is hard to imagine second-hand shopping succeeding there — but Pass the Baton! is packed with customers.

What explains the chain’s success? The Japanese have managed to add a new twist that might point toward a soon-to-be-discovered global trend: storytelling.

A message posted next to a vase reads: “I had to move because I broke up with my girlfriend – my new apartment was simply too small to keep this amazing vase – I was afraid my dog would crush it.”

Pick any product from any shelf, and you’ll find a business card-sized description of the item. But that’s not all. You’ll also find a Quick Response Code (those little, pixelated barcodes that one sees everywhere these days) featuring a portrait of the previous owner. If you click on it, a small video tells you how the owner secured the item, how they maintained it, and why they decided to sell it.

The Japanese have fallen in love with the concept.

“Simply buying a product no longer gives me the thrill it once did,” says 23-year-old Kenji-san Mishima. “Pass the Baton! infuse their products with authenticity. They make me love shopping again.”

Pass on the Baton isn’t alone in realizing that consumers have become tired of factory-manufactured products. Department store MOJI has jumped on the concept by introducing a “pop-up market.” On the top floor of its flagship store in Tokyo’s trendy Shibuya neighborhood, you’ll find clothing, tableware, decoration items, and even books, each accompanied by a story about its origin. So far these are just handpicked prototypes, but if they prove marketable, MOJI plans to expand the concept to all its stores.

The Japanese second-hand movement points toward a new trend. Call it “desperately seeking authenticity.” A new flat screen television, T-shirt, drinking glass, or picture frame — no matter how nice — is essentially soulless. After decades of obsessive shopping, the Japanese consumer seems to feel this emotional vacuum. As a result, they are turning toward purchases they perceive as having a personal story.

This brings me back to Black Friday and Cyber Monday.

Recession, environmental concerns, and consumption satiety may describe why this week’s consumption spree may not rise to the level of craziness of recent years.

Perhaps consumers in the West are also starting to feel a sense of emptiness after their shopping-sprees.

If so, they may start searching for a sense of purpose in the products they buy, and the trend of recent generations — buy it, use it, and throw it out —will become a thing of the past.

The current holiday shopping season has more ho-hum than ho-ho, but maybe once Japan’s storytelling trend comes to America, retailers will be able to captivate consumers, and shopping will once again be America’s favorite and most thrilling pastime.

PHOTO: A woman walks past an image of lips at a department store in Tokyo July 30, 2010. REUTERS/Yuriko Nakao