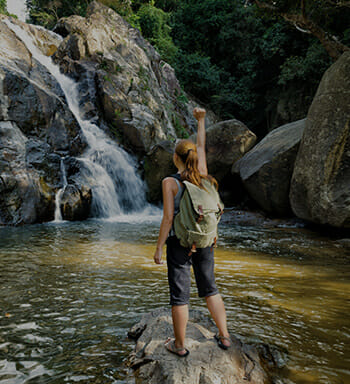 TIME Magazine – “Living in the Moment”: The Latest Marketing Meme

By Martin Lindstrom: Marketing consultant and author of Brandwashed – April 2, 2012

It’s a message that makes us feel strangely optimistic and important. It also gets us to buy stuff.

I recently found myself eavesdropping on a conversation at a cafe between two men in their twenties. “I want to try live more in the moment,” one of them said. “In fact, I’m going to have to put some serious effort into this notion, because I tend to focus on the future and, in the process, I neglect the present.” His friend, nodding away, seemed in perfect agreement. It was eerily similar to other conversations I’d heard, and had, in the last year. This feeling of neglecting the present is a real phenomenon.

As the tentacles of technology continue to encroach further into our personal space, people are only ever semi-present. Think of the last time you ate dinner with friends. How many cell phones were taken out at the gathering? How many texts were received and sent? How many times did a phone ring? How often did your companions check for emails? There was a time when I’d enjoy a quiet moment sitting in a restaurant, surveying the scene, as I waited for my dinner date to arrive. Now, feelings of self-consciousness overcome me. I feel conspicuous and a bit of a loser with no real connection. As a result, I too reach for my smart phone. And that still moment between arrival and reconnecting with a friend has become a thing of the past.

The erosion of the present is a real phenomenon. And it gets compounded when news events, like the death of Steve Jobs or Whitney Houston, remind you of the fragility and transience of life and force you to question whether you are, in fact, making the most of every moment. But this anxiety is also something that’s increasingly being used by marketers to sell products. In a recent advertisement for Honda, Matthew Broderick tells us,  “Sometimes you have to live a little … Life moves pretty fast. If you don’t stop and look around once in a while, you could miss it!” Another car ad, for Citroen’s latest DS3 model, has Marilyn Monroe questioning people’s taste for nostalgia and their desire to live in the past. Her advice is as direct as it is breathy. She says, “If I had one thing to say, it would be: live your life now!” Of course, Citroen will help show you the way.

This message makes us feel strangely optimistic, important even. Time’s a wasting, you only live once, and you have agency to push back against the frantic busyness of today’s world. But there may also be another dynamic at work. In 2005, Scott D. Swain and Lisa J. Abendroth of Boston University and Richard Hanna of Boston College discovered by studying consumers and advertising campaigns that creating a sense of “urgency” actually increases purchases.

One of Hollywood’s more successful producers recently informed me that ‘living in the moment’ has replaced Hollywood’s previous favorite aphorism, ‘You can make it happen.’ This supposedly fashionable notion is well over 2,500 years old. After all, it was the Buddha who famously taught, “Do not dwell in the past. Do not dream of the future. Concentrate the mind on the present moment.” I guess it is just a matter of time before some brand adapts the line as part of a larger marketing scheme.