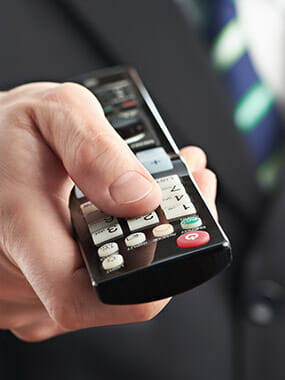 Where’s the Connection? The Break Between Corporations and Consumers

There’s something rotten in the state of this year’s Super Bowl ads. As the commercials rolled over the television screens, a less visible message appeared, only apparent to a very small group of people. It is a message which not only reveals the shape of the advertising industry but, perhaps more surprisingly, about the state of the executive floor in corporate America.

Any good marketer will tell you that the most powerful advertising out there strikes an emotional chord with the consumer. Ads that make you think, smile or laugh all have one result in common– they make you realize that you and the brand have much more in common than you first thought.

Behind the creation of these seemingly simple 30-second commercials, you’ll find an army of people, art directors, copywriters, directors, stylists, cameramen, project managers… All who, for the better part of a year, have been dreaming up the best way to twist a brand message and generate the best possible impact from the most valuable seconds in the world.

But behind all those people you’ll find another, less talked about group, with the sole purpose of investigating what makes consumers tick. Over the years, consumer insight analysts have made a living identifying consumer needs, simply by interacting with them. They’ve succeeded in identifying one sweet spot after another, leading to the 30-second messages that would stay with us forever. Think about “Where’s the Beef,“ one of the most iconic ad campaigns of our time. It was based on a simple consumer insight – that consumers felt ripped off as the meat in the burger seemed increasingly minuscule. Or “We Try Harder,” Avis’ iconic slogan from 1962, based on a simple consumer insight that companies got lazier the bigger they got. Competition is good, as revealed by their studies, and so “We Try Harder” was born.

Almost every single iconic campaign in history was built on some degree of consumer investigation, what we might call Small Data in the modern age. It’s these seemingly insignificant consumer observations that are powerful enough to transform a brand and lead to that elusive “eureka” moment as the commercial plays on the screen, making everyone say “ahh…”

But something has changed, as if these moments have vanished. Honestly, do you recall any ads from last year’s Superbowl?

After a rough analysis of the past decade of Super Bowl ads, a fascinating, and somewhat worrying, trend (at least seen from the industry’s point of view) has occurred. In 2005, about half of all ads seemed to be based on a deep consumer insight. That number dropped to around 30% in 2010. With last year’s Super Bowl, the number was down to 10%! These are only estimates, of course, and I’m open to discussing them. They lead me to believe that what once seemed to function as the very backbone of an entire industry has completely vanished.

It’s like companies have adopted a mindset that these “ahh” moments no longer are needed and, with that, the need for deep consumer insight is obsolete. It could be mere coincidence or perhaps there’s more to it. Perhaps this is a reflection of our time and the direction that companies have evolved in over the past decade.

In the past, founders of the big conglomerates were guaranteed to be found on the floor in their stores, in the crowds or in the parks they operated, always interacting with the consumers. IKEA’s Ingvar Kamprad, even in his seventies, could be found behind the cash register, checking his customers out, in more ways than one. LEGO’s second-generation owner, Godtfred Kirk Kristiansen, would be seen every morning walking around in his own theme park interviewing kids about LEGO, including me. All these leaders had constantly their fingers on the pulse. Almost literally, they’d placed their feet in the shoes of the consumers.

But with the arrival of Big Data, such a fundamental mindset seems to have disappeared. Massive volumes of data have somewhat made such a convincing impression that those first-hand consumer observations are no longer seen as relevant in the 21st century. It’s slowly leading to a disconnect between senior management and their customers.

“When was the last time you spent time in a real customer’s home?” That’s a question I like to ask the CEO’s I interact with. Most of the time, I’m met with a “deer in the headlight” expression.

Don’t get me wrong. Big Data is not the enemy. The comfort and the mindset that accompany it are, as Big Data seems to give every CEO and senior executive a convenient excuse to hide behind their screens, reading endless reports, in the air-conditioned office – far removed from reality.

And it all has become so strikingly clear in just 30 seconds.

There’s a saying: “Where there’s smoke, there’s fire.” Well, there’s smoke coming from this year’s Super Bowl commercials, and it’s not from Burger King’s grill, but from corporate America. They’ve lost contact with their true boss – the consumer.