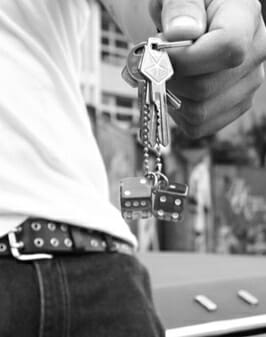 By Martin Lindstrom: Marketing consultant and author of Brandwashed – June 14, 2012

What bottles of rare, 170-year-old champagne, rescued from a shipwreck at the bottom of the Baltic Sea, tell us about the power of a brand’s story. And what we are willing to believe about why we want what we want.

What occurred in Finland last Friday was the culmination of a year’s intensive preparation involving 193 tons of the most advanced deep-sea recovery equipment. This much was certain: Christian Ekstrom, an amateur diver based in the remote Åland Islands, had no idea of what he had unearthed during a fairly routine dive he made during the summer of 2010. Who, after all, could possibly imagine that his find would result in one of the biggest branding exercises ever–or at least ever to take place in France?

When Ekstrom innocently slipped into the cold waters of the Baltic Sea in July of 2010 to explore a shipwreck 150 feet below the surface, he made an unusual discovery. It wasn’t a pristine Stradivarius, a Russian submarine, or trunks full of gold sovereigns and lost gemstones. No, what he found were 162 bottles of champagne. The ship most likely sank during a turbulent storm sometime between 1825 and 1830, and the champagne in the hold came from three distinguished houses: Heidsieck & Co., Veuve Clicquot, and the now-defunct Juglar.

Had the discovery been run-of-the-mill house wines, we would of course have heard very little about it. Yet the mystique of this effervescent liquid, traditionally produced with a blend of three particular grape types, grown in specific fields in the Champagne region in northeast France, excited every sommelier who has made the science of sparkling wine their life’s work–and, for that matter, anyone who appreciates a good yarn. Some sommeliers even assisted in recovering the bottles, carefully replacing the rope originally used to fix the corks, with metal, and then slowly raising them to the surface. Many were broken, and some had been contaminated, but of the 162 bottles, 79 were drinkable–perfectly stored in the icy, dark waters in which they lay.

Last week at an auction in Marlehamn, Finland, 11 bottles of 170-year-old champagne went on sale. Together, the champagne sold for an astounding $156,000, roughly $14,000 a bottle. The day after the auction I attended a birthday party at Veuve Clicquot’s headquarters in Reims, a city in the Champagne region of France. As luck would have it, at one point I found myself gazing upon one of these vintage bottles, a gift to Veuve Clicquot from government officials in the Åland Islands.

There I stood, a brand man who makes a living telling a good story to create the ultimate in illusion about commercial products, almost hypnotically drawn to this world of exclusive champagne. I felt the strong pull of needing to possess everything so stylishly displayed in the Veuve Clicquot showroom. I wanted the key rings, the notepads, the Rosé Fridge, and even the iPhone cover (even though I don’t use an iPhone).

The story hit home–and hard. Despite the fact that I’d spent a few hours earlier seeing the simplicity of champagne’s manufacturing methods, I’d been completely sucked in. I don’t want to diminish the importance of blend, bottle, soil and fruit, but the ingredients in a good bottle of champagne are not that complex–grapes, yeast, and a few twists of rock sugar.

Some years ago a team of sommeliers were asked to evaluate the quality of three different bottles of wine. Each bottle had a different price point–expensive, middling, and cheap. The sommeliers were hooked up to electrodes that scanned their brains as they carefully tasted each one. The results of the fMRI confirmed that the most expensive wine did indeed taste better. In contrast, the cheap wine registered a withdrawal response in the taste region of the sommeliers’ brains. Based on this result, one could be forgiven for believing that good wine justifiably costs more. Only there was a catch. The three bottles contained exactly the same wine. The sommeliers were just not aware of it.

If the tale of the Emperor’s new clothes was given a 21st century twist, it could easily be named The Emperor’s New Wine. Forget about Disney, Gucci or even our beloved Apple, there’s an industry out there that’s miles ahead of the marketing pack–the champagne industry, and it’s been going strong for about 500 years.

As my tour of the Champagne region came to an end, the last stop on the program was a small, unknown house located 13 miles from Veuve Clicquot Ponsardin in Reims. I entered through a simple grey cellar door with little grandeur in sight. The storage area doubled as a showroom. Bottles of bubbly were the only merchandise. Fairly illegible hand-written sheets on a table offered the house champagne for a remarkable €14.95 a bottle–a 300% discount over any bottle selling at the more prestigious champagne houses.

With less than an hour between two visits, something strange had occurred. The visitors’ knowing smiles and deep sighs that accompanied the tastings at Veuve Clicquot were absent. Even when the winemaker’s trophy was displayed alongside his prestige vintage, everyone seemed to have a foot out the door. They unanimously agreed that the quality was simply not there, a conclusion they’d reached before the last glass had been filled with the finest drops of the house.

One can’t help but wonder if this was a fair judgment. Or had we all just been captivated by grand stories, golden yellow labels, treasures from a shipwreck, a cork seal and bubbles that turned sparkling wine into champagne? Had we been seduced by the brand’s story rather than what was inside the bottle? No one will ever know.  But as I made my way out of the winegrower’s house, I came across a small boy. He first glanced at my elegantly wrapped Veuve Clicquot box, along with its heavily branded ice cooler, and then he simply looked directly at me. I imagined he was thinking, “Wow, I love that brand.” But then again, he could just as easily have been thinking, “Were you really that stupid?”  And I suppose, perhaps, we were.