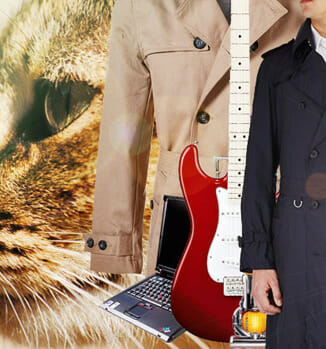 Fast Company: How Many Lives Does A Brand Have?

By Martin Lindstrom: Marketing consultant and author of Brandwashed – July 3, 2012

It’s said that cats have nine lives, but how many lives does a brand have? The answer, it seems, is definitely more than one.

Recently, in Shanghai, a friend took me to one of the city’s most sophisticated luxury malls. She was excited to show me her recent discovery. “Check this brand out,” she said, pointing to a meticulously tailored Aquascutum trench coat. Its label said the brand was founded in 1851, but I had to confess, I’d never heard of it. “And, how cool are these?” she asked as she riffled through a rack of striped Kent & Curwen T-shirts. Kent & Curwen? I wasn’t sure what that was, but Kent & Curwen is another prestigious English brand founded in Surrey in 1926. Here in Shanghai, the capital of new brands, I fell in love with Gieves & Hawkes, another English brand dating back to… 1771!

The irony of the situation blew me away. After all, I’m a man who creates brands, and yet in this salubrious mall in Shanghai I was surrounded by a host of them that have been around for at least a century, and I’d never so much as heard of a single one of them.

I scribbled down the names down and immediately began to investigate.

Almost all these “classic” brands fell out of favor many years ago, often being reduced to a single retail outlet. Yet in a country like China, where heritage, authenticity, and many things European are highly desirable, their obscurity didn’t matter. The simple fact that they were all founded in Europe in another historical time was enough for the brand-obsessed citizens to dig deep into their wallets, and spend big.

But will the brand-obsessed Chinese continue to fall in love with anything and everything Western, or is this the beginning of a new brand paradigm shift, a serious turnaround?

I spend around 25% of my time with brand owners and government officials in China and its surrounding regions, and it has become increasingly apparent that the rules of branding are set to change. I can’t help but think there’s a chance (however slim) that Chinese brands will take a similar route to the one Japanese brands took in the 1980s. There was a time–predominantly in the 1960s and 1970s–when all kinds of cheap things were made in Japan. However in the 1980s, the government backed a strategic plan to reverse this image, and within a decade cars, electronic goods and pharmaceuticals with a “Made in Japan” stamp came to symbolize innovation and value for money.

It was not some fortuitous accident. The Japanese conscientiously imitated big-ticket consumer goods in the West and improved on them. They changed their more difficult-to-pronounce names, and succeeded beyond anyone’s wildest imaginings. This could be the very model that Chinese brands seek to emulate. Certainly China is on a mission to convert their ubiquitous “Made in China” labels that are commonly associated with everything plastic, little fantastic and not much other than low prices to recommend them. They’re in search of quality.

A hunt for Western brands to acquire has begun in earnest, and Chinese companies now own some of the West’s most iconic brands. In 2004, IBM sold their PC brand Thinkpad to Lenovo for $1.25 billion. In 2004, General Motors’ sold the Hummer brand to Sichuan Tengzhong Heavy Industrial Machinery Company. In 2005, Nanjing Automative took over MG Rover, and in 2010, Zhejiang Geely Holding acquired Volvo Cars from Ford. Just this year, two separate Chinese companies ventured into the luxury yacht business when the Wantong group bought Dalla Pieta, and Shandong Heavy Industry Group bought Ferretti.

It’s just a matter of time before you will see many of the brands which are currently changing hands produce products and services you’d never associated with them before. When more than 50 copycat Apple stores were discovered last year, the well-loved logo adorned washing machines, vacuum cleaners and a range of clothing. All products, I might add, were designed to maintain the stylish look that has endeared so many consumers to the Apple brand. As a senior executive from one of the larger car companies in China explained over dinner, “We don’t know a lot about brands yet, so for the time being we’re forced to acquire known companies. Once we get it, I’m sure this trend will stop.”

Behind the scenes, a systematic knowledge transfer is taking place. As each brand expert is called in to consult, so there’s a Chinese executive learning whatever there is to be learned. It’s somewhat complicated by the fact that the desire for a specific brand is neither tangible nor quantifiable. In the meantime, new brands are being carefully crafted and targeted at mainland China. After all, there are a billion or so homeland customers to cater for first. Call it the learning phase. That, however, does not mean we will not be seeing Chinese brands any time soon. We certainly will, but they won’t be anything we expect.

I asked a Chinese client who manufactures one of the largest clothing lines in the country when he thought it would be a good time for the company to adopt an international name. After all, very few people outside of China would be able to read, let alone pronounce the name. He looked at me, and with all seriousness replied, “It’s time for the Westerners to learn some Chinese.” His is not an isolated attitude; rather it’s a widely held sentiment amongst Chinese senior management. Furthermore, the Chinese business elite prefer to run everything themselves granting only limited input and token ownership to Western companies. They’ll retain their brand-building principles, but that’s about it.

So don’t be surprised if sometime soon you come across brands that you cannot decipher, called names you cannot pronounce. You might just come to learn about them because they’ll be prominent, cheap, and appealing enough for you to buy, despite the obstacles. In the same way that China has spent decades selling cheap non-branded labour to the world, when they decide to focus on creating strong international brands, it will undoubtedly be done the Chinese way. When it happens, it will be happening on their terms, regardless of whether you want it or not.