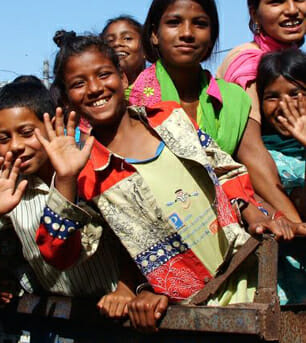 Fast Company: How To Be Happy Anywhere

By Martin Lindstrom: Marketing consultant and author of Brandwashed – February 28, 2011

For my job I spent 300 days traveling the world last year. I met a lot of happy people. Who they are and where they live will surprise you.

The other day, as I took a taxi ride across Manhattan, the driver was pondering the state of the world. “I can’t believe all these disasters happening everywhere,” he said. “If it’s not a flood, it’s a tsunami. There are fires and hurricanes and earthquakes… then there are riots and bombs and wars and shootings.” He kept shaking his head as he muttered, “What is this world coming to?”

On the one hand, it’s difficult not to agree with him. We need look no further, after all, than the latest headlines to see the world has turned into a pretty horrifying place. But then again: Is this really the case?

Let me explain. My job as a brand guy has a few advantages. One of them is that I get to see a lot of different places–I spent 300 days away from home last year–and my research takes me into a lot of private homes. And the upshot? I’ve begun seeing people in a new light. I’ve begun to question why some people find happiness wherever they may be, and others don’t. Last week I visited one of the poorest districts in Medellin, Colombia. The town’s very first escalator had recently been installed. The technology was so unfamiliar, it required strategically located spotters with the sole purpose of instructing people how to ride it. I was thoroughly absorbed watching the looks on the faces of the kids who were transfixed by the site of moving stairs. When I asked them about happiness, they waved their hands in the air and laughed. They dismissed happiness as a Western thing, and suggested we stop talking about it and just get on with the business of living.

I had a similar encounter in a remote region of Thailand, where even though electricity was scarce, there was a general sense of well-being in the village. Kids happily played in the streets, a sight one rarely encounters these days in Western suburbs. A kindly older woman told me that happiness is when the family is together. Given the fairly intact nature of the rural village, people looked pretty content with their lot.

Another journey took me way into the Australian bush to a place where a toilet capable of flushing would be a novelty. Kids were busy kicking around a football on the street, but almost all took time out to speak to me, curious about who I was and what I was doing there. A young man told me that he felt happy when he helped others. He tried to perform one act of kindness a day. This young man had only seen television twice in his life.

But it was when I got the chance to visit some of the 60 million newly built homes in China that all this really hit, well, home. Each new home was wired for the 21st century. Every room had television screens hooked up to high-speed Internet and each home came equipped with the latest in electronic gadgetry. In fact, the entire block was connected to a community intranet designed to help the neighbors stay in touch. I couldn’t help noticing that there was an important element missing: smiles. I didn’t see one of them.

I pursued my questions of happiness with a young Chinese family who had only been living in the city for two years.  There responses were measured. They said, “We’re doing fine, but there is still so much to achieve before we will become truly happy.”  It seems the family aspired to all the things they were seeing being won on the daily online video shows. “I’ve seen what you can get, and we still don’t have many of the things. So, we need to work harder. Then, I’m sure, one day we will get there.

The city was orderly. There were no children playing outside. I’d been instructed to wear a mask, wrap my shoes in plastic, and sit on a cover on the chair.  Everything was to stay clean and uncontaminated. Almost all the homes I visited around Beijing and Shanghai shared the same idea that sanitary living meant living a longer life.

An old boss of mine once instructed me never to reveal my salary to anyone. He maintained that it was a necessary secret because, if people knew what others earned, it would only lead to unhappiness. He was right. I came to realize that the more informed we are, the less happy we become because of our tendency to get caught up in constant comparisons. Working on this principle, it seems that the more limited the access to electronic media, the more time people spend together as friends and family and the higher the happiness quotient seemed to be. (Of course, this is just one man’s observation: There is no shortage of studies and best-selling books on the subject.) Meanwhile, my Chinese family, who had the chance to compare their life with others, seemed unhappier than ever. Using a bar set by the mass media, they felt they’d failed to achieve their full potential.

Now I know what I should have told my despairing taxi driver. The reality is that there have never been as few wars as there are today. Humankind has never been as healthy or as wealthy. Our contemporary techno-media wonderland means that whenever a disaster occurs, almost anywhere in the world, we know about it within hours. Only recently, we heard about a cruise ship sinking of the coast of Italy, a shooting incident in Belgium, and a bushfire in Western Australia. Our brains are not really wired to accommodate such a proliferation of bad news, regardless of it happening thousands of miles away. One disaster after another compounds, and increases feelings of helplessness.

Does that mean that on some level we’ve lost our way? Absolutely not. But what it does mean is that we need to realize that with the ever-increasing media outlets, we must be vigilant in maintaining our own personal view of happiness. No matter how high you set your goals, you may never actually get there. So, what is my definition of happiness? A good friend once said to me, “Happiness is not measured by the number of days you live but, rather, by the number of days you remember.

I’ll buy that. One thing is for sure, I won’t be forgetting my time with all those happy people.