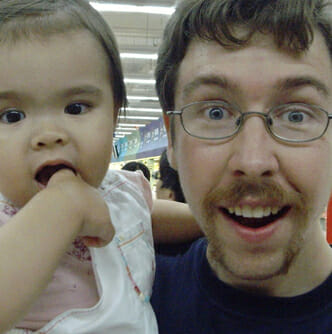 Fast Company: Identify Your Customers, Make Them Love You, & Keep Them Hooked

By Martin Lindstrom: Marketing consultant and author of Brandwashed – May 23, 2012

Every company is struggling to nail down their core target group. If only they could define it, life–or at least business–would be a whole lot easier. They could then channel resources and focus energy in the right direction. But a target group consists of many disparate elements. Take, for example, McDonald’s. Who would they would call their primary target group? After all, they serve 47 million customers each and every day. And what about Apple? Their 362 stores had more traffic in three months than four Disney theme parks had in an entire year. Then there’s Nike, and Facebook, and… I think you get my point. You could be forgiven for thinking the target group is simply everyone. But that’s not true.

Clever brands know the truth. McDonald’s primary target group are families–not teenagers, and definitely not everyone. And Apple? Well, long before the brand was embraced by the mainstream, you could only expect to find their equipment on the desks of designers, generally those who valued better font and color support. Nike catered to athletes, both professional and semi-professional, and Facebook was begun by students, for students, in the halls of Harvard.

A target group is as much about focus as it is about knowing what to rule out. Brands have a tendency to try to please everyone and their dog. Senior management is blinded by the lure of potential revenue that they believe will come from appealing to the masses. This is a mistake. In reality, the more narrow the focus, the more concisely the aspirational target group is defined, the broader it becomes. It’s one of branding’s strange paradoxes.

Almost every successful brand that’s gained traction, has either consciously, or perhaps coincidentally, operated with two target groups in mind. The first, the primary target group, is the aspirational group, who I refer to as “magnets.” They’re the ones attracting others to wherever they are. The second group I call “takers,” and they’re the ones being attracted. The important revenue stream comes from the takers, but with no magnets, there will be no takers.

Let’s define the terms more vividly. Say you drive past the newest, most happening nightclub in town. On any given evening you will see a line of people outside, all patiently waiting to be let in. You would naturally assume from this that the venue is packed. Those you see in the line are the takers. Surprisingly, if you look more closely at the venue, you’ll see that it’s not that full. There are, however, a number of groups sitting around tables, talking, drinking, tapping their toes, and swaying to the beat. These are the magnets–or at least that’s what the nightclub would have us believe.

Talking not long ago with a high-rolling nightclub operator in New York City provided me with a keener insight into this idea. He explained that it’s a fine balance between magnets and takers that creates the right kind of buzz. Celebrities aside, clubs have other criteria by which they measure social cachet. There’s gender, height, personal networks, fashion, hairstyle, and even followers. The people on the door carefully control the particular milieu that the club aspires to. They are well schooled in the art of knowing who to admit, or not admit. These gatekeepers are offered significant bonuses to get the mix right. Too many magnets with not enough takers means too many complimentary drinks and not enough purchases. Too many takers, and the nightclub loses its allure, and the stream of guests being drawn in will have moved on to the next hot venue.

Obviously the ins and outs of this are more complex. Companies of the future will not only work with magnets and takers; they’ll also have to operate with two distinct deadlines: official and unofficial. The first time I became aware of the importance of operating with two different campaign release dates was when I was working with the Morgensons family as part of a $3 million research study for my latest book Brandwashed. The experiment was inspired by the Hollywood movie The Joneses, in which a fake family was tasked with promoting products to friends and neighbors. We decided to create an identical scenario, with one important difference–this time it was for real.

Since social media has become a key ingredient in every marketing campaign, the importance of including aspirational target groups in every new brand release is likely to become the norm. The fact is that in future, no brand will be able to successfully operate with only one target group. Instead, there must be a conscious division of target groups into magnets and takers, in order to be strategically viable. This will encourage a new discipline among senior management–they will be forced to learn patience. Every executive expects (or should I say, hopes) that on the day their new brand is released, there’ll be thousands of customers waiting outside the doors, desperate to buy their product. A bit like what goes on at the Apple stores. Behind the scenes, brands will be carefully crafting a two-tier release plan many months ahead of the official release.

The question is just how willing you are to bring patience into your marketing plan. And will you be able to say “No”? Because rather than jumping into bed with the market on the very first day, the longevity of your relationship with consumers might very well depend on denying them at least for a while.  If you don’t believe me, skip the long line of young funky fashionistas, and head to the easy-to-access club around the corner. The drinks will certainly be cheaper, but is that really what you want?