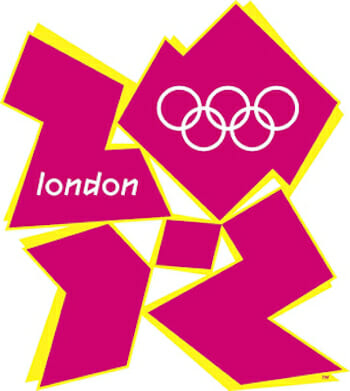 By Martin Lindstrom: Marketing consultant and author of Brandwashed – August 2, 2012

The London 2012 Olympics is up and running. The world is deep into the elation, the tears, and the cheers. Every media channel is jam-packed with stories of triumphs along the road.

But hold on a moment.

In 2007 a new London Games logo was presented to the public. It resisted the iconic imagery, opting instead for a geometric configuration that on close inspection revealed itself to be the numerals 2012. The public outcry came from every corner of Britain, where it was criticized as a national embarrassment. Within 24 hours of it being launched, 40,000 complaints were filed by the general public demanding it be scrapped. Some compared it to a deconstructed swastika, while others professed an animated version might trigger epileptic seizures. Iran added fuel to the debate when it contended the logo was racist. As they saw it, the four jagged numerals spelled “Zion,” a biblical term for Jerusalem.

At the time, London’s Olympic Committee stood firmly behind a logo that had cost £400,000 and been a year in the making. The chairman, Lord Coe, was adamant that the troubled design was all about “reaching out and engaging young people.” Jacques Rogge, president of the International Olympic Committee, weighed in, saying he believed it to be “an early indication of the dynamism, modernity and inclusiveness with which London 2012 will leave its Olympic mark.”

And then, without so much as another word, the logo slowly faded away. Sure, traces of it remain on the official homepage and a few other corporate-like places, but it’s mostly missing from the popular culture surrounding the games. What adorns everything Olympic in London right now consists of the five colorful rings accompanied by a serif text that reads quite simply “London 2012.” But most astounding thing of all is not that the questionable logo has taken a back seat, but that the millions glued to their televisions or digital screens don’t seem to have noticed its absence. I call it the “Wow, Pow, Ciao” phenomenon, a result of our media-saturated world.

Admittedly, the logo was pretty ugly. But, in retrospect, I can’t help but wonder if the awfulness of it was worth the fuss. After all, how many of us can remember the Shanghai 2008 logo or, for that matter, Athens in 2004, or Sydney in 2000 (to say nothing of the hideous Olympic mascots)? I know I can’t. However, those of us of a certain age have no trouble remembering Coca-Cola’s rebranding fiasco that occurred in 1985. When the company reformulated their recipe in response to Pepsi taking over the lead marketing position, there was an enormous public backlash to the New Coke. Despite the fact that all market research showed people considered the new version tastier, the company was bombarded with over 400,000 calls and letters protesting the change. Wall Street declared the exercise a gigantic failure and Coca-Cola quickly reverted back to its classic formula. Now, 27 years later, Coke and Diet Coke hold the top two marketing positions, followed by Pepsi.

A similar fate happened to Kraft when they tampered with Vegemite, a dark brown spread used on toast in Australia. In the process of improving the brand, they changed the name from Vegemite to iSnack. Australians felt part of their national identity under threat, and spontaneously boycotted the renamed product. After just four days of iSnack hitting supermarket shelves Kraft succumbed to consumer pressure, and Vegemite was reintroduced to its adoring public generating record sales.

We’re now all part of an instant-gratification generation. As we happily take to Twitter, Tumblr and Facebook to air our grievances, a curious phenomenon is happening in tandem. Life apparently begins over again within the space of a few seconds–just like a goldfish. The French have a phrase for it. They call it succès de scandale. In the U.S. we call it: “There’s no such thing as bad publicity.” Here today, gone tomorrow. In the twentieth century it was a term that was used with a fair amount of cynicism.

Today, the cynicism is all but absent, and no one seems to notice or even care. The wow is coming from the sporting action. People are tweeting about Ye Shiwen, the young teenage swimmer from China whose winning time in the women’s 400-meter medley outclassed the men. They’re bemoaning Michael Phelps’s disappointing performance and celebrating the wins. As for the misbegotten logo, well it’s bowed out without so much as an English goodbye.