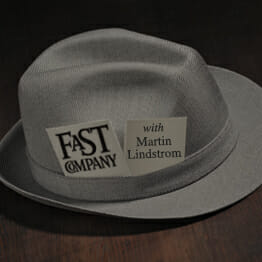 Fast Company: The Chick-Fil-A Way: Why Brands Should Have Stronger Opinions

By Martin Lindstrom: Marketing consultant and author of Brandwashed – August 16, 2012

There’s more to that recent crispy controversy than you might think. Take a deep breath—and then take a public position.

Chick-fil-A, a Georgia-based fast food chain specializing in chicken sandwiches recently entered a highly exclusive, and not always savory, league of brands—that is, brands with opinions. It happened, as you may have heard, courtesy of COO Dan Cathy, the son of S. Truett Cathy, a devout Southern Baptist who began the company in 1961. The owners of Chick-fil-A had long been supporters of Christian family values, and active sponsors of organizations and conferences dedicated to preserving what some call the institution of marriage.

However, when Dan Cathy went on the radio speaking of “God’s judgment” raining down on those who “advocate same-sex marriage,” the heated (sizzling, crispy, etc.) debate that ensued raised Chick-fil-A’s profile on both a national and international level. While I firmly oppose the Cathy family’s views, as a branding man I can’t help but admire the (likely unintended) value of the misadventure. Up until a few weeks ago, I, for one, had never heard of Chick-fil-A. I’m sure I’m not alone.

It’s been a while since the glory days of brands with opinions. The once-famous liberal bent of Ben & Jerry’s has softened. Sure, we’ve seen attempts by the companies such as Diesel, who trumpeted fairly innocuous opinions, but the truth of the matter is the world of brands has become oh-so-Corporate, with a capital C. And when brands do wade into the choppy editorializing seas these days, the results are often sloppy—see also: Cole, Kenneth.

The past decade has, in fact, seen a systematic depletion of courage in business in the United States. Every major corporation has come to fear shareholder backlash. In this world of increased job insecurity, there’s an even greater fear of igniting the ire of an aggressive writer somewhere in the back lots of the blogosphere. Companies now shy away from igniting any storm that may lead to a lawsuit. The reality is that they’ve become petrified of causing any kind of conflict, and so they opt for the safer middle of the road.

But isn’t time ripe for a game change? It wasn’t that long ago when CNN was the leading global news channel, and then in 1986 FOX entered the arena. The world of news has never been the same since. Objective views have been replaced with subjective opinions. It seems we can’t get enough of it, and those leading the ratings race seldom allow facts to get in the way of a good story. We see this everywhere, from Howard Stern to The Simpsons to the endless number of subjective opinions pouring out of blogs on every single subject.

Then we have brands. Most are working overtime to be everything to everybody, and the only commitment they’re prepared to make is when they dare to share an opinion about one of their own. Think Coke Zero in preference to Coke, or Oracle’s latest $10 million offer to IBM to see if it can out-perform them. As for real opinions, the kind that shape our world and challenge our beliefs, well, they’re nowhere to be found.

As one who is quick with his opinion, I believe that you can’t be friends with everyone, and the day that you try, you are doomed. Of course there will always be exceptions, but these are mostly to be found in smaller companies with less to lose. And, yes, the bigger the company, the higher the risk, and the greater likelihood they’ll travel along tried and trusted paths. But what of the rest? Why are they choosing to stay in the middle of the road? Opinions are such that they can divide and unite at the same time, and perhaps for this very reason we are still talking about Pepsi Vs. Coke some 15 years after the ads aired.

The time has come to bring back opinionated brands. Ben & Jerry’s political positions were not manufactured in their marketing department or on their advertising agency’s drawing board. It was a real expression of values when they chose to rename their Chubby Hubby, Hubby Hubby in celebration of Vermont legalizing same-sex marriage. They even went so far to feature a cartoon image of two men marrying beneath a rainbow. Their choice in the 2008 presidential election was celebrated with the flavor Yes Pecan, echoing President Barack Obama’s ‘Yes, we can!’ slogan. Hell, the company founders were once even arrested outside the Sudanese Embassy after protesting the horrors happening in Darfur. Ben & Jerry’s is a rare brand, indeed. Though to a lesser extent, the company continued pursuing controversial issues even after it been taken over by Unilever, the multinational food corporation.

Today, brands should take a cue from rock stars, many of who are unafraid to speak out for causes they believe in. Lady Gaga has supported the repeal of the ‘Don’t Ask, Don’t Tell;” Annie Lennox and Elton John began fighting for AIDS sufferers in the days when people were afraid to even whisper the word. Of course, corporate culture is vastly different from rock culture, but as the growing number of socially considerate businesses indicates, there is a place where politics and profits can happily mingle.

The choice of instant feedback channels seems to have scared CEOs into submission. Previously the worst that could happen was a bit of bad press and a few outraged letters dumped in the mailbox. These days, everyone can vent his or her indignation and rage on Twitter. This is precisely the problem. It’s the reason why negative opinions in the world of branding cut deeper than ever before. The consequences are immediate, and they hit with a forcefulness that can leave even the most resistant members of senior management feeling kneecapped.

We now live in a world led by Wow! Pow! Ciao! Our attention is captured by the immediate. Our reaction is passionate, and sometimes ferocious. And just as soon as we’ve let off steam, we give it away. In this new reality, senior management needs to become more mindful of the process and grow a thicker skin in order to share their opinion and stand for something in the world. There’s risk involved, to be sure, however there’s an even bigger risk involved in taking the middle road—not least of which is the heavy traffic already clogging the space.