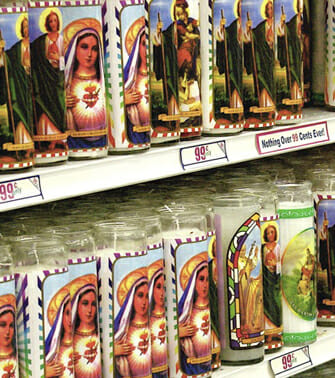 Fast Company: The Psychology Behind The Sweet Spots Of Pricing

By Martin Lindstrom: Marketing consultant and author of Brandwashed – March 27, 2012

Thanks to the likes of Louis C.K., Aziz Ansari, and the brains who created Google Wallet, $5 is the new 99 cents. It’s funny what makes customers loosen their purse strings.

Have you ever noticed how some stores mark the price of their goods with a “$” sign, while others don’t? This is not by accident. It fact, the decision to include that little symbol (or not) makes a big difference.

Over the past few years, pricing analysis specialists have determined that it’s far more effective to price goods without the iconic dollar symbol. It seems that when a currency sign appears with the price, we automatically connect it to our very own hip pockets or purses–and what is or isn’t inside there–leading us to believe the item in question is more expensive than it actually is.

They determined that when the prices were listed with the dollar sign, customers spent less. Conversely, when the dollar sign was absent, they tended to spend more. In other words, they were quicker to fork over their cash if the item was listed as “5.00” as opposed to “$5.00.” (And $5 is an important amount, as we will soon see.) Even when the word “dollar” was spelled out, it triggered the “pain-of-paying” response.

Professor Robert Schindler, a marketing professor at Rutgers Business School, conducted a study of a women’s clothing retailer. He found that the 1 cent difference between prices ending in .99 and .00 had “a considerable effect on sales,” with items whose prices ended with .99 far outselling those ending with .00.

The 99-cent concept has been around for decades. David Gold and his wife started the 99 Cents Only stores in 1982. There are now nearly 280 branches across California, Nevada, Arizona, and Texas, and the chain was sold last year for $1.6 billion. But perhaps even more pertinent to this idea is how Steve Jobs managed to wrest the music industry back from file-sharing free downloaders with his 99-cents-per-song iTunes strategy. It made music so cheap almost everyone could afford to buy their favorite tune without causing too much pain in the pocket.

According to a study conducted by Kenneth J. Wisniewski from the University of Chicago, when the price of margarine dropped from 89 cents to 71 cents at a local grocery chain, sales improved by 65%. But when the price fell two cents more to 69 cents, sales jumped by an astounding 222%! Two pennies are worth a lot.

More recently Google released Google Wallet, a new mobile payment system. Then it offered customers $5 compensation for the pain of having to endure a few security hiccups. This was not long after online purchases of perfomances by comedians Louis C.K. and Aziz Ansari spiked. Each of those shows cost exactly $5. In certain instances, it appears, $5 is the new 99 cents. Or at least the price point works on a similar psychological mechanism.

The study of pricing strategies is an area of expertise for John T. Gourville, a professor of Business Administration at the Harvard Business School. He reckons it’s all about the power of suggestion. In a New York Times article from last year, Gourville said: “Many people buy the amount, or buy in increments, that are advertised–five for $5, they end up buying five boxes of couscous or whatever it happens to be.”

This idea relates to buying trends: The more us consumers see products–whether comedy or couscous–on sale for $5, the more comfortable we become parting with that amount.

The fact that Louis C.K. and Aziz Ansari are having such remarkable success with their new $5 pricing is fascinating. It breaks with many lessons on pricing we’ve learned in the past, including the use of a whole number. Has $5.00 usurped $4.99 as a sweeter spot for luring customers?

Time will tell. But one thing’s for sure: If the entertainment industry embraces a $1.00 price tag per song, they’re likely to be even more successful than they’ve been with 99 cents. That is, as long as they remember to remove the dollar sign.