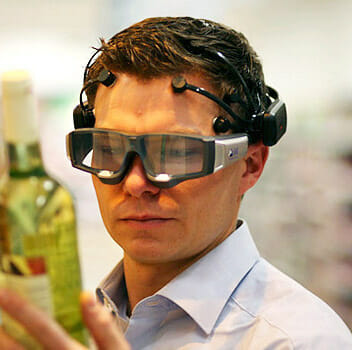 Fast Company: We Know What You Want & When You’ll Buy It

By Martin Lindstrom: Marketing consultant and author of Brandwashed – February 7, 2012

A neuroscience technology breakthrough at the University of California, Berkeley, has major implications for the future of branding and marketing.

It finally happened. Neuroscience technology can now reliably read our minds. It’s an accepted fact that is no longer in dispute. Scientists working at the University of California, Berkeley, have successfully decoded brain activities into audible sounds. In other words, our inner thoughts can be translated into sounds clearly articulated by a computer. Needless to say, there are a whole lot of caveats attached to this claim. For a start, in order to make this kind of reading possible, it requires some 256 electrodes be surgically attached to the scalps of at least 15 volunteers. Furthermore, there’s a minefield of ethical issues attached to this endeavor that needs to be sorted out.

A couple of years ago I wrote Buyology, a book on neuromarketing that was based on 2,000 fMRI scans of volunteers’ brains. Thus I have witnessed firsthand the amazing results and the future that the neuroscientific approach is leading us to. As fascinating as it is, it can also be quite scary–particularly when combined with marketing. So, wearing my skeptic’s hat for just a moment, let me consider these questions: Will this new mind-reading research be the answer to the prayers of every advertising mogul and mainstream marketer? Will it finally provide the answer to the conundrum posed by John Wanamaker, the father of modern marketing, who famously said, “Half the money I spend on advertising is wasted; the trouble is I don’t know which half.”

Maybe. But I’m getting ahead of myself. The scientists in Berkeley focused on the brain’s temporal lobe–the home of the body’s auditory system–rather than the place where thoughts are formed. Although our inner voice tends to be dominated by less-articulated thoughts, it appears to be what drives our decision-making processes.

Take, for example, knocking on wood. Do you catch yourself doing it whenever you wish to ward off the gremlins of fate? There’s a 70% chance you do. I cited this figure in my most recent book, Brandwashed. Assuming this is part of what you do, I then want to know if it in fact works for you? How would you feel if I told you that I’ve conducted a study proving it’s a waste of time? I’m sure you wouldn’t be surprised. But here’s the rub: would you continue doing it? Chances are you would. That’s what my study turned up.

Logic does not have much to do with it. And this fact is at the core of the endless challenge to marketers. How else could one explain why eight out of 10 new product releases fail despite countless hours of focus groups and exhaustive market research? That’s because the research fails to shed further light on advertisers’ vexed questions regarding what ad should be run on which particular media. It seems that there’s never been more doubt.

Now if you combine the Berkeley research with other recent studies, the picture becomes more fascinating. Take the study conducted by scientists at the Max Planck Institute for Human Cognitive and Brain Sciences, which reveals that our decisions are made up to 10 seconds before we become aware of them. In that study, participants could freely decide if they wanted to press a button with their right or left hand. The only condition required that they remembered that decision. While making that very decision, scientists used fMRI to scan the brains of the participants. They were looking to see whether they could in fact predict which hand the participants would use before they were consciously aware of their own decision.

By monitoring the micro patterns of activity in the frontopolar cortex, the scientists could predict which hand the participant would choose seven seconds before the participant was aware of the decision. In an interview with Wired, John-Dylan Haynes, the coauthor of the study, said, “Your decisions are strongly prepared by brain activity. By the time consciousness kicks in, most of the work has already been done.”

With the recent findings made by the neuroscientists at Berkeley and those from the Max Planck Institute, does this mean that the “buy-button” has arrived? Not exactly–and, may I add, thank goodness. Reading our consumer mind is somewhat creepy. However, on the upside, many of the more dated research techniques (questionnaires, for example) are dying a natural death. Questionnaires believe emotions can be determined by “yes” or “no” questions, with a few extra lines to scribble in a more detailed explanation.

The days of relying on one source to draw an empirical conclusion are well and truly gone.

No single questionnaire or focus group, interview panel, or ethnographic visit will provide all the answers. Just as we know that to bake a cake requires numerous ingredients combined in specific quantities, so do we require a combination of factors and studies to achieve levels of accuracy that Wanamaker did not believe possible.

This leads me back to the vexing ethical questions. As someone who sits on both sides of the fence–I’m a brand guy as well as a consumer–I’ve naturally given this much thought. Even better, I’ve asked more than 2,000 consumers to share their views. And no, I did not subject them to brain scans. But this is a topic that cannot be covered in a concluding paragraph or two. Instead I’ll discuss it fully next week–and the results will startle you. Stay tuned.